If 20Plenty taught us something 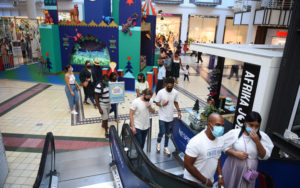 On 27th March South Africa went into a hard lockdown. The entire world has been hit, and still is, affected by Covid-19. Uncertainty. Chaos. Blame. Everyone is looking for answers.

On 27th March we posted an article and reflected on the 21 days of lockdown as an opportunity to reframe our attitudes, to have a fresh look at our priorities and to use the time to develop new habits rather than simply waiting out the pandemic and then return to our old normal.

He stated clearly that we are experiencing a second wave of Covid-19 due to “extreme lack of vigilance” among South Africans. We have let our guard down and are now paying the price for this behaviour. This new year didn’t start with fireworks and champagne. Instead, we have curfews, closed venues and had to celebrate quietly within our own home.

But what did our president allude to in his speech? We are dealing with the consequences of our ill-adjusted behaviour. There was a period where we as people stood together in an effort to manage that initial challenging time. But let’s be honest. As soon as the levels began to change, so did our attitude and behaviour. The singing of the anthem ceased. The enthusiasm to applaud health workers waned. The excitement to see the neighbour put out their bin, became less of an excitement as we saw other people more often, more regularly. Our need to get out and satisfy our other needs, became more pressing. Carelessness started to creep in, and we let our guard down. In this way we started to force the old ways of living into this so-called new normal. We began to question the validity of the virus and in fact, some of us tried selling it off as a simple flu. And then the unexpected happened as was to be expected: the number of infections spiked and more deaths were listed – more now than during the first wave.

Let’s talk about another condition that has come into focus, even though it has always been there.

This pandemic has exposed and magnified a more prevalent condition within our nation that consists of (among others) the following symptoms:

If we had to give this ‘condition’ a name, it would have to be DISOBEDIENCE. Disobedience is purely the failure or refusal to obey rules or someone in authority. It implies being rebellious, defiant, insubordinate or uncompliant. Whilst having a rebellious streak may not necessarily be bad, choosing to rebel or do things despite knowing the probable consequences becomes destructive over time.

When we know what the agreed rules are, but choose to either ‘adjust’ or even ignore them to meet our own needs or accommodate our lifestyle, we are portraying disobedience. We display disobedience when we ignore or debate with someone about an issue where we know in our hearts we are in the wrong. But disobedience can also be portrayed in the way we quickly place blame on another, without taking the time to check whether our slate is clean first. The image of one finger pointing at another, whilst four fingers point back at you comes to mind. Does this behaviour sound familiar? Is this not how we have behaved throughout the last few months – towards our president, our leaders, each other?

But disobedience also emerges in our silence. When we see the wrong being done, yet don’t speak out. Or what about the times we make light of an issue that is wrong, or join in with the conversation because it is easier to ‘fit in’ than to ‘stand out’? Since we don’t hold the other accountable, we in fact become part of the problem.

The consequences of our disobedience may initially not seem that bad, but over time, if not checked they become severe. One consequence is regret. The problem with regret is that we cannot undo that what has been done. The path to rectifying, making right and healing is often long and painful. More and more voices on social media are calling and even pleading for people to adhere to Covid-19 protocols, because they realised they had failed to do so initially.

Another consequence that arises as we choose to not follow the laws around us, is lawlessness. We begin to make our own laws and decide for ourselves which ones are worth following and which aren’t. We choose to adjust the law to suit our lifestyle, rather than adjust and align our lifestyle and habits with the law.

A final and severe consequence of our disobedience is death. Losing loved ones to this virus has been devastating. But is death only physical? Seeing dreams or businesses and entire industries die, is death. Seeing our values and principles die, is death. It is devastating, as it changes the fabric of a nation.

Our behaviour affects not only us, but those around us as well. In this way, even though we may regret our actions, our lawlessness affects others -regardless as to whether they abide by the law or not.

The evidence is clear in what we are seeing around us at the moment. By not following Covid-19 protocols and by not consistently implementing them in all our life areas (the virus doesn’t select only the workplace, or stays away from family members) we are hearing and sharing stories of regret and death.

So, where does this leave us as we begin a new year?

May the lessons we learnt in 2020 help us do things differently in 2021, and may our human spirit not be broken but strengthened because a new normal of life awaits us where discipline will be a key virtue that we need to embrace (and which won’t lead to flouting the social distancing rules).